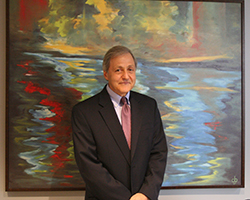 Mr. Torchia graduated from Xavier University in 1981 with a degree in Industrial Relations. After graduating from the University Of Dayton School Of Law in 1984, he joined the firm of Tobias & Kraus and became a partner in 1990.

Mr. Torchia has spent over 30 years representing plaintiffs in employment-related matters. He has obtained jury verdicts and judgments on behalf of workers with claims for gender discrimination, age discrimination, intentional infliction of emotional distress, defamation, false imprisonment, violations of the First Amendment, interference with employment, wrongful termination in violation of public policy, breach of contract, and ERISA violations.

Mr. Torchia is a member of the Ohio and Cincinnati Bar Associations, the Executive Board for the Cincinnati Employment Lawyers Association, and the Ohio Employment Lawyers Association (OELA). Mr. Torchia chaired the Cincinnati Bar Association's Civil Rights Committee from 1997 to 1999. He is co-author of "Litigating Wrongful Discharge Claims" (Callaghan 1986) and has been a frequent speaker on various topics including employment-at-will, all types of discrimination, sex harassment, retaliation, and the constitutional rights of employees.

Topic of the Week

How to Navigate Professional Connections as a Remote Worker

Consider a few tips that can make it easier to communicate and network remotely.

Thought for the Week

"While there are some concerns about automation replacing human workers, AI is most successful when coupled with a human touch—or at least some human oversight. AI will likely play a large role in the future of work, but rather than replace employees, AI technology will change what type of work employees perform. "

Did you know that 2 in 5 Black workers feel they faced race- or ethnicity-based unfair treatment at work in the past five years?